Traditionally it is considered that flowers are purely a “female” gift. However, as the saying goes, for every rule there is an exception. Or even so: rules exist to be broken. Men are able to rejoice in flowers and enjoy their beauty no less than women. But after all, this option is good only in case the man is ready to accept such a gift. So, let’s find out – what flowers can be given to men, how to give them and on what occasion.

Which Flowers Can Be Given?

What flowers can be presented to a man? There aren’t a lot of such flowers, but there are some that are perfectly appropriate to give to men. So, here is the flower list:

The bouquet for a man has to be simple, laconic, and strict, without excesses, but picked up with taste. Flowers have to be of deep and saturated color: red, white, violet, blue. It is good if their shade is darkish: dark blue, dark red, dark lilac. Avoid gentle pastel tones; they are suitable only for women.

If we do not speak about an important event, you can present to the man one big effective flower, with a long leg and a large inflorescence. It can be a calla, a gladiolus, an orchid, or a large rose.

For a “man’s” bouquet it is desirable to choose identical flowers of one color. An elderly person shouldn’t be given with very bright compositions, and a young guy should be presented with a more original and lively bouquet. We consider it to be a big delusion, however, that the bouquet for a man has to be obligatory soft and gloomy.

What people like reading:  Tips to Induce Your Period. Measures that Cause Menstruation

If you have a desire to make such a bouquet more original, it is best of all to address with this request to the florist (the flower designer). The “man’s” bouquet is considered the most difficult work in floristics. If you address to a skilled florist, he has to surely ask you about the character and temperament of the person for whom the bouquet is intended. It is better to select a flower composition of quiet tones for phlegmatic men, and bouquets of saturated shades for expressive and outstanding personalities. Also, it is necessary to pick a suitable packing for the flowers. The same laconic packing is suitable for a strict “man’s” bouquet. You can create an ensemble of flowers and add some other gift to it — for example, present a flowers basket with a bottle of expensive cognac or a box of chocolates.

You don’t give to the man bouquets which are decorated with different ribbons, bows or various accessories. It is possible to make a bouquet magnificent. Also it is allowed to give not really bright ikebanas. The general form of a bouquet has to be extended, neat and strict. There shouldn’t be excessive pretentiousness.

The man can be given flowers in the following cases:

The choice of flowers depends on a situation. For example, a familiar man on anniversary can be presented with a bouquet of dark and claret roses, and a friend for February 23 – with carnations.

What people like reading:  Running a Fever In Early and Late Pregnancy. Causes and Preventive Measures

If the business concerns your beloved, it is possible to give flowers some time if only it is pleasant to both of you. Flowers are given to a friend, an acquaintance or a business partner usually in honor of a holiday or an important event: wedding, anniversary, large successful deal, etc. If flowers are intended for the hero of the anniversary, and near him there is his spouse, the bouquet needs to be handed to her, except for the compositions which are given to the birthday man personally, and also have purely “man’s” designs.

What Flowers to Give to a Man?

Roses are a sign of luxury and strong emotions and feelings which are pleasant for many men to receive. If there are doubts in expediency of delivery of this species of flowers, it is worth choosing gladioluses, irises, narcissuses or orchids. It is better to give exotic flowers toa chief, a partner in business or a fellow worker. For example, anturiums or delphiniums.A friend, if he has sense of humour, can be safely given sunflowers, it is amusing to decorate them – for example, with tiny clubs or football balls.

However, at a bouquet choice for a man, be guided not only with the standard rules of etiquette, but also your own opinion, after all, you know that person to whom you want to present flowers better. Also don’t forget that flowers have to be presented in all sincerity, with soul, as well as any other gift. A woman shouldn’t give flowers to a man who is younger than her. Presenting a flower or a bouquet, it is necessary to hold it in the left hand.

And finally, one more piece of advice. If you doubt that the man will accept flowers as a gift, present him a houseplant in a pot. For example, a money tree, a lemon or a cactus. Original houseplants can be given to colleagues, partners in business, new settlers or the hero of an anniversary. Also it is an excellent gift to the beloved, whom it will remind of you. 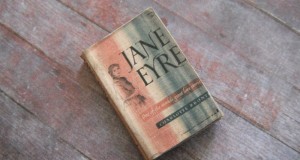 flanmark
English classic "Jane Eyre" - one of the most popular novels among movie lovers. We reveal which film is most accurate in transmitting the atmosphere...