Today, millions of people in the US, Europe, South America, Africa, Asia and Oceania celebrate the Christian Christmas. That’s why we decided to go back to one of our favorite columns – to the thematic compilation of songs from popular films. Of course, we will focus on Christmas classics of the genre – the ballad Have Yourself a Merry Little Christmas, as heard in the comedy “Home Alone”, the composition Blue Christmas by Elvis Presley from the the film “Christmas with the Kranks” and many other songs. Happy Christmas to all who celebrate it today!

Mel Torme — Have Yourself a Merry Little Christmas.

About the movie: comedy directed by Chris Columbus with Macaulay Culkin in the title role. According to the plot an American family goes on vacation in Europe, but in a hurry forgets at home of one of their children. Fortunately, the boy is not bored at home, especially when a couple of arrant robbers climb into the house.

About the song: the ballad of Hugh Martin and Ralph Blaine, became popular after the movie “Meet Me in St. Louis” in 1944. Later it was covered by the American jazz musician Mel Torm. Darlene Love — All Alone on Christmas.

About the movie: continuation of the story of Kevin McCallister and his family, who this time go not to Europe, but to Miami. Of course, Kevin gets into another scrape and mistakenly flies to New York, where meeting with the criminals from the first film and many other adventures await him.

About the song: it was written by musician and producer Steven Van Zandt specifically for singer Darlene Love. She recorded the song with the group The E Street Band, and The Miami Horns, and released a single in 1992 via Fox Records.

Loreena Mckennitt — The Bells of Christmas.

About the movie: it is a comedy by John Moskvina about a mysterious transformation of the average American Scott Calvin in Santa Claus.

About the song: It is written and performed by Canadian singer and composer Loreena McKennitt.

Eels — Christmas is Going to the Dogs.

About the movie: it is a fairy tale about the Grinch by Ron Howard – green and hairy man who more than anything else hated Christmas and who was not loved by anybody. One day the angry resident of the city Whoville, decides to do away with this holiday once and for all by secretly stealing it from the citizens, while they sleep peacefully in anticipation of the holiday.

What people like reading:  Simple tips to improve your memory

About the song: it is performed by the American rock band Eels, playing alternative rock. About the movie: The comedy movie directed by Terry Zwigoff about the most unusual in the world Santa Claus – the deceiver and the offender, who at Christmas instead of giving gifts to children, plans to rob a department store.

About the song: Christmas ballad recorded by Bobby Helms in 1957 and it was later recovered by Bobby Sherman.

Olivia Olson — All I Want for Christmas is You.

About song: pop song All I Want for Christmas is You by singer Mariah Carrey was written together with composer Walter Afanasieff. The song was included on the album Mariah’s Merry Christmas 1994. In the film, it was performed by young singer Olivia Olson, who played the role of Joanna.

Frank Sinatra — You Make Me Feel So Young.

About the movie: this good comedy directed by Jon Favreau tells the story of an unusual boy-elf, who grew up and went to look for his father in New York. We love this film for a great actress Zooey Deschanel, who got the role of the girlfriend of elf Jovi.

About the song:  under the sounds of this romantic song You Make Me Feel So Young performed by Frank Sinatra, heroes Will Farrell (Elf) and Zooey Deschanel go for a walk through a festive New York City. Andy Williams — It’s The Most Wonderful Time of the Year.

About the movie: Comedy film directed by Mike Mitchell is about the rich Drew Latham, who at Christmas was all alone. The advice of a friend leads him into the house of his childhood, and he decides to celebrate the holiday there — even if now strange people live in the house.

About the song: the song, written by Edward Pola and George Wyle in 1963, sounds during the opening credits when there screen is pre-New York, residents pack the gifts, go shopping, skate, and bake homemade cookies.

About the movie: adaptation of a children’s book about the journey of a little boy on a magical train ride “The Polar Express” to the North Pole for Santa Claus on Christmas Eve. Director: Robert Zemeckis.

About the song: composition authored by Gene Autry and Oakley Haldeman, was recorded in 1947 and was debuted in the US charts in the 5th position. 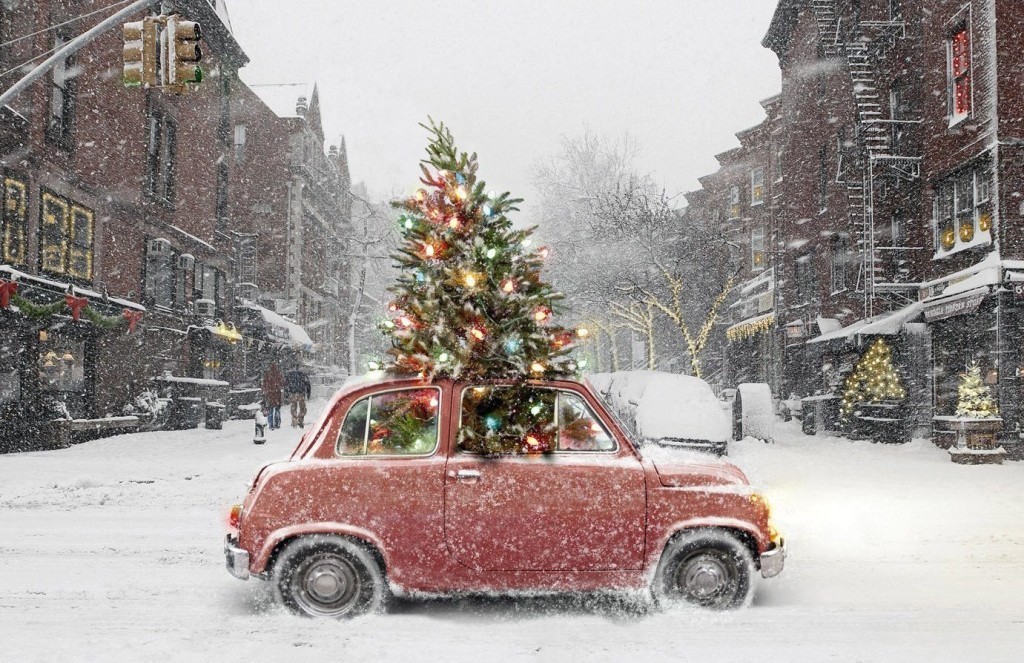 About the movie: another story about those who are tired of year after year having to celebrate Christmas. Instead of holiday dinners and Christmas trees Krinkov’s family decides to go on a Caribbean cruise, but their plans fail when their adult daughter calls them from another country to tell about her arrival home for Christmas.

About the song: written by Billy Hayes and Jay W. Jones, the composition was first recorded in 1948 by Doem O’Dell. Elvis Presley sang it for his fourth album Elvis’ Christmas Album.

About the movie: the story of Christmas, the family Stone on the eve of which one of the sons introduces to his parents his fiancee Meredith. The holiday turns into a nightmare: none of the members of this large family like Meredith. Director: Thomas Bezucha.

About the song: written in 1945, by poet Sammy Cahn and composer Jules Stein. 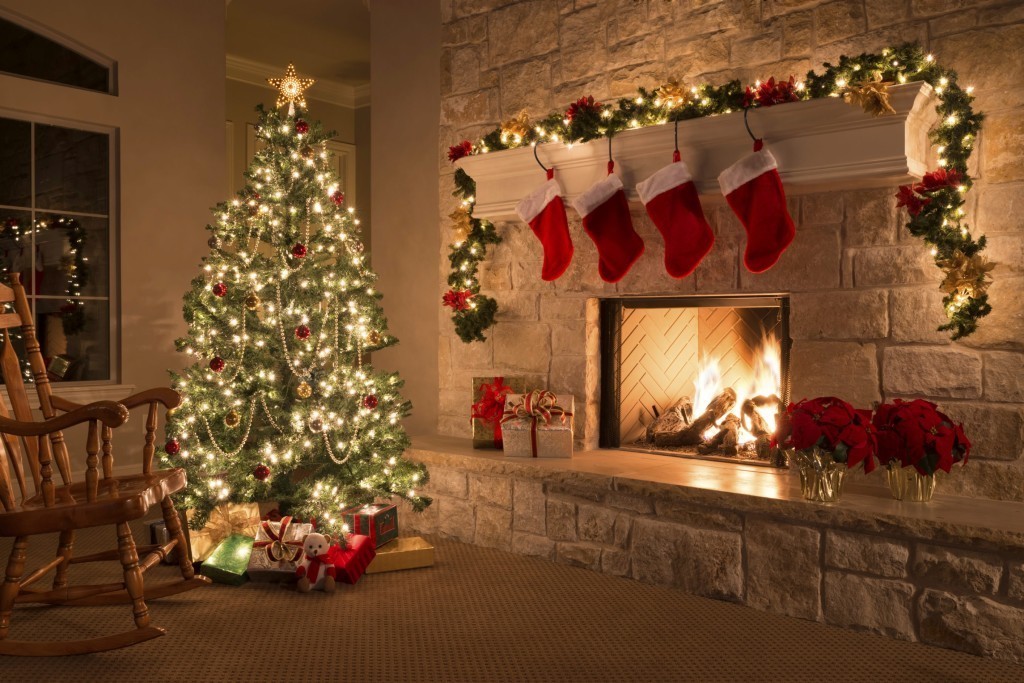 Aretha Franklin — You Send Me.

About the movie: directed by Nancy Meyers this comedy is about two unhappy women from different parts of the world who, on Christmas eve decided to get a change of scenery and to get out of town, use the online service for the exchange of housing during the holidays. Having exchanged houses, they finally find their destiny.

About the song: composition of soul artist Sam Cooke Aretha Franklin sung in 1968. This song plays when heroines Kate Winslet and Cameron Diaz are dancing for Christmas at the end of the film.

About the movie: this is the first film based on the eponymous series about four girlfriends looking for love on the island of Manhattan. Director: Michael Patrick King.

About the song: we all remember the scene from the movie in which Carrie Bradshaw, throwing her coat over her pajamas and wearing an embroidered and sequined hat, a few minutes before New Year’s Eve runs out of the house to get to her friend Miranda, who is forced to celebrate in solitude. The song that plays in this scene is the famous Scottish ballad of Auld Lang Syne, on the verses of Robert Burns and in the performance of Mary Campbell and Dave Francis. 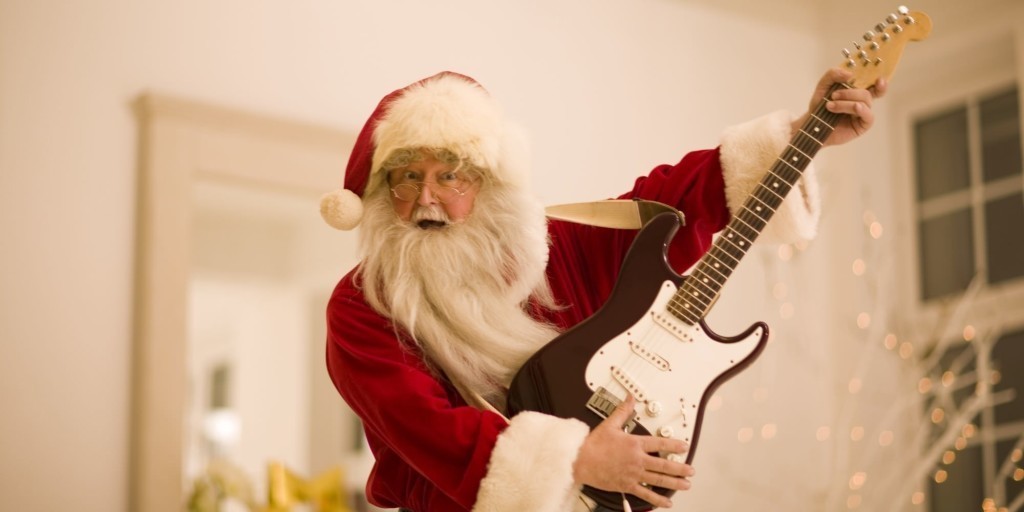 Andrea Bocelli — God Bless Us Everyone.

About the movie: a cartoon of an old miser Ebenezer Scrooge, who dedicated his life to the accumulation of wealth, and therefore hates everything except money and power. Director: Robert Zemeckis.

About the song: this is a composition of the Italian tenor Andrea Bocelli from the album My Christmas.

About the movie: Garry Marshall shot a family film about Christmas in the style of the comedy “Love Actually” – that is, several small pieces. All stories lead characters to Times Square at midnight – precisely in this place and at this time from the 81-meter skyscraper Times Square Building on the city every year, the crystal ball is lowered.

About the song: composition Pink’s Raise Your Glass though does not play in the film, but in the end credits you can hear it and see the whole cast dance. And even look at it, take our word for it, no less fun than the dancers themselves!

flanmark
Cervical ectropion is one of the most frequent diseases in gynecology. So, what is it? What causes it? And what is its treatment? What is...