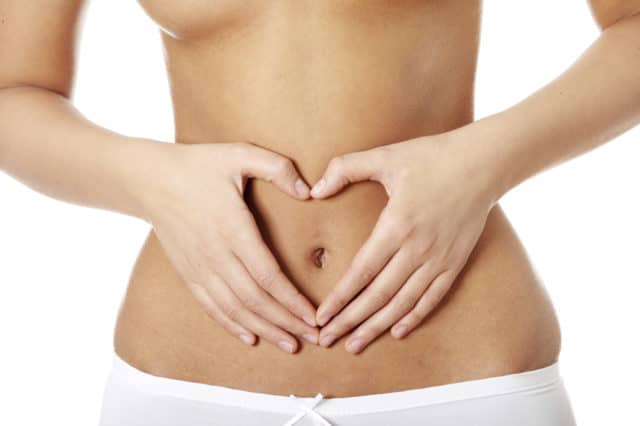 The first signs of pregnancy for 1-2 weeks after conception … do they really exist? Most gynecologists say that it is not possible to know whether the woman’s dream has come true or not at this early period. However, many expectant mothers have shown that maternal instinct does not let you down, making a correct diagnosis. On the basis of what changes in the body can we suspect the approaching motherhood?

In this case, we mean any baseless typically feminine feelings like resentment and scandals for no reason, dissatisfaction with their appearance, and so on. In general, these early signs of pregnancy in the first week are very similar to the symptoms of premenstrual syndrome, also caused by hormonal changes in the body. So, if you have PMS, then this feature will tell you nothing.

For the kid to develop well and quickly and be born healthy, the mother should eat correctly and varied during the gestation. Nature takes care of the continuation of the human race and the birth of the most healthy individuals, so a woman’s body casually suggests that it is time to change the diet. Each of us has some of their favorite dishes. Someone loves exotic fruits and vegetables, some can not live without meat, and someone get cheered up with a variety of sweets. After conceiving things can drastically change … Your once favorite dish becomes repulsive, even its smell can cause nausea. No, it’s not that it is the pall, but the fact that a new life is being born. This are fairly common early signs of pregnancy for the first week.

Usually this symptom of the beginning toxicosis occurs in about two weeks after conception. However, morning sickness does not happen to all women, contrary to popular opinion. Usually unpleasant sensations in the stomach area appear in the morning, immediately after waking up, before breakfast. It is something similar to this food poisoning. A not pronounced toxicosis is successfully “treated” with tea with lemon, broth of mint or lemon balm. For some women it is enough to chew mint gum for the nausea too recede. Apogee of the toxicosis usually falls in the middle of the 1st trimester, by the second trimester it all goes away. What people like reading:  Pregnancy Meal Planning. A Healthy Menu For a Pregnant Woman

This one of the first signs of pregnancy isn’t usually issued during the first week after conception, but the second and the subsequent weeks make some women uncomfortable. Just do not confuse this normal process with a pathological. If you have pain while going to the toilet, it is not pregnancy, but the exacerbation of cystitis. Treating it is recommended under medical supervision. Most clearly the first sign of pregnancy manifested in the first week and the following, but only … of the third trimester. At that time large heavy uterus begins to compress the bladder, and the woman often wants to use the toilet, especially at night.

Increased sensitivity of the mammary glands

Someone almost immediately after conception start to feel pain in breasts. These feelings are more painful than those that occur in most women during the second half of each menstrual cycle. Another interesting point – these first signs of pregnancy, which appear on the 1st and the 2nd week, can be successfully used for self-diagnosis of normal / pathological course of pregnancy. If the breasts quite hurt and one day they become soft but not hard, it may indicate the fading of the pregnancy and the death of the ovum. Sometimes the breast colostrum comes out, with pressure on the nipples or spontaneously. In some cases, this is considered normal, while in others it is connected with the abnormal rise of the hormone prolactin due to serious illness. Pain in the abdomen, in the area of the uterus

These painful sensations are familiar to most women. They usually occur a few days before menstruation and persist for a couple of days of its inception. Some pain occurs during ovulation. When the conception happened there is pain, but the menstruation doesn’t start. If there are other early signs of pregnancy, and the first week after conception has passed – it is possible to ascertain pregnancy almost unmistakably. However, sometimes these spasms can be a signal of an abortion. Generally, pain of any localization in expectant mothers is a potential threat to her baby; you need to quickly seek for medical attention.

Correctly it is measure it in the anus, that means it is a rectal temperature. It rises in a few cases: if the body temperature is raised and locally – in the period of ovulation and in the first weeks after conception. We are talking about an elevated temperature in the morning, as it is morning when the measurements should be carried out; they are not informative at other times of the day. To measure the rectal temperature you should carefully use a thermometer, even 1-2 divisions play a role. In the case of conception the thermometer shows 37 degrees or a little higher. If you notice the mentioned above signs of pregnancy during the first weeks, but the thermometer shows a “negative” result, it is too early to be upset – it is a relative, a likely symptom, not an accurate one. Modern gynecologists give it a little attention.

37-37.3 degrees Celsius – this temperature is common in expectant mothers in the first trimester. This is due to the phenomenon of metabolic acceleration due to pregnancy. If other symptoms are not observed, it could be called the first sign of pregnancy in the first week. Plus you can blame it on the heat and cold. This is due to thermoregulatory disorder; it passes spontaneously within a few weeks. If you don’t have instrument for measuring pressure at home, then you can make a similar conclusion based on the following effects: drowsiness, fatigue, headache, etc. You need to increase the pressure in pregnancy with the help of no drugs… You can go for a walk in the fresh air or enjoy a coffee or tea, but not too strong; caffeine, too, does not benefit the body of mother and child.

Pregnancy test is positive or the result is not clear

In the first case, it is clear that the test shows two stripes, but more often in the early stages the second stripe is barely visible. If the conception has taken place, the rest signs of pregnancy will appear during 1-2 weeks, and the subsequent tests will be much brighter. This is due to the increase in the concentration of human chorionic gonadotropin in the urine, due to which the second stripe is visible on the test. If you want to get an accurate, reliable result, then do the test after the start of the delay of menstruation, as it is recommended by manufacturers. Otherwise the chorionic gonadotropin concentration may be too low to obtain a positive result, especially if the ovulation has occurred not in the middle of the cycle, but a little later – towards the end of the menstrual cycle. If you don’t want to wait until the delay, get a test with high sensitivity.

It may be noted by a doctor during a gynecological examination. But it is not possible to fully rely on this sign and put a positive diagnosis, as the uterus can be a little enlarged before menstruation. Sometimes the first signs of pregnancy are present, but despite this the menstruation begins. Of course, there may be the case in the artificiality of symptoms, and maybe in a possible miscarriage. Often pregnancy is terminated at a very early period, when even the doctors can not make an accurate diagnosis. If this has happened to you – do not worry; go ahead, you will still succeed!

How to Distinguish Prickly Heat from Allergies

Top 4 Ways to Get Curly Hair From the Comfort of...

The Craze Behind the Guipure Dress Tips to Dye Eyelashes and Eyebrows at Home