Who Are You Expecting? A Boy or a Girl?

Every future mother wants to know her baby’s gender as soon as possible. With the help of medical methods (like Ultra Sound) you can do it no earlier than a second term of pregnancy. Even then errors can be expected. The remaining option is to trust “pseudoscientific” and folk methods, which you can now find a lot of. Determining the baby’s gender is possible by the following methods: by date of conception, by renewal of the parents blood, according to the Chinese calendar, according to blood group. Let’s have a closer look at each of these methods.

Determining the Baby’s Gender Based On the Date of Conception

As is known, the child’s gender is determined at conception by the fusion of sperm and egg. The egg cell does not have a gender, so a sperm is a carrier of the gender genetic information. So contrary to the common belief the baby’s gender depends absolutely on the father, specifically speaking on his sperm.

If fertilization has occurred with the X chromosome carrier sperm you get a girl, if with the the XY carrier – a boy. Now about the conception date. As you know, conception can occur only during ovulation (when a mature egg cell comes from the ovary into the Fallopian tube). This happens approximately in the middle of the menses cycle. Sperm, which is the XY chromosomes carrier is faster than the X chromosome sperm, but “lives” in the female genital tract a lot less. So if you would like to have a boy, try planning conception exactly on the ovulation day.

What people like reading:  The First Ultrasound in Pregnancy

This is quite an interesting theory that exists and shows rather high accuracy for long years. Some scientists believe that people’s blood renews once in several years. In men this process takes place every 4 years and in women – once in 3 years. Blood renewal can also happen in other circumstances. For example, when giving blood as a donor, during transfusion and blood loss due to surgery, delivery, etc. Be sure to consider this when making calculations.

Now look at the balance of the numbers we got. A future father has 6 and a future mother – 5. The calculation shows that they will have a daughter.

Determining a future baby’s gender is also possible by blood group and his parent’s Rh rhesus. Though these methods are quite controversy and do not seem trustworthy enough. Below you will find both of them. Table #1: baby’s gender according to the parents’ blood group

Table #2: baby’s gender according to the parents’ Rh rhesus

An Ancient Chinese Table (Calendar) For Calculating the Baby’s Gender

Using the table below you can determine your future baby’s gender. They say it is more than 700 years old. It’s original is kept in a Science Institute of Beijing.

What people like reading:  How to wash a down jacket?

All you need to know is the exact month of conception (and here lies the main problem). Few women know the exact day of ovulation, especially those who have irregular menstrual cycle. In a column of the table choose your age, and in the line your month of conception. At their cross-point you will find expected baby’s gender.

Beside various methods exist country lores. Many of them might be known to you too.

If a pregnant woman still has waist at a big term (when viewed from the back), then it’s a boy.

Boys are usually more active and move a lot.

In women expecting birth of daughters more often have morning sickness, acne, stretch marks and so on. They say that the girls “take the beauty of their mothers”. If a pregnant woman constantly craves sweets (especially if she was not fond of them before pregnancy ) she will have a daughter. If she prefers meat – a boy. The younger the woman, the higher chance that her first-born will be a boy.

The shorter period between pregnancies of one woman, the higher probability that she would have a child of another gender.

In conclusion I would say that determining the baby gender with 100% accuracy can be possible only with some of the medical methods, but doing such tests is pointless. It is too expensive and sometimes even not safe for a baby. It’s better to wait until your child is born. It does not matter which gender your baby would have. The most important thing is that it is healthy! While you are waiting you can try some of the techniques described in this article just to pass time. Which would work and which would not would be clear after your delivery.

What people like reading:  Paper Pompons to Decorate Your Car 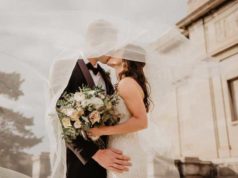 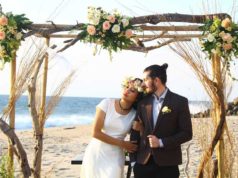 Can I get pregnant after menstruation?

Culinary boons of May. Interesting tools for cook

Feeding Your Child. The Introduction of Solid Foods by Months What Toys Should You Buy During the First Six Months of...

flanmark
When preparing a nursery for a baby's arrival, many of us put off the purchase of toys till the last moment. We also let...